The Ultimate PC to Mac Switcher 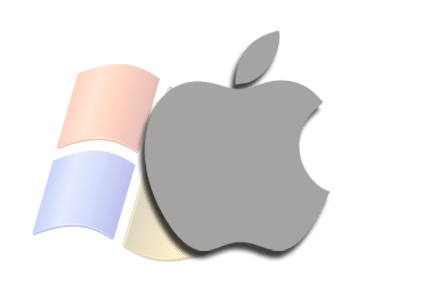 Most of you know that the term “switcher” is a term that we use to describe someone that was using a PC and has moved to the Mac. What do you call someone that went from representing Microsoft to working at an Apple Retail store? That’s just what our friend Chris did. Here’s Chris’ story in his own words::

Last year I finally decided to purchase a Mac. It wasn’t an easy decision. There were many reasons for me at the time not to purchase one. I had a perfectly good PC, what would the Mac do for me that it didn’t? I’m a gamer, the Mac is lacking there. Aren’t Macs for idiots that don’t know how to use computers? Perhaps the biggest reason against it for me at the time was the fact that I worked for Microsoft as a Windows Guru.
In 2008 I clicked on a random job ad on Facebook. I applied online to be a “Windows Guru”, a fancy name for a product demonstrator. There’s a huge hidden industry of third-party product demonstration companies in the retail sector. Companies like ActionLink, MarketSource and Mosaic receive contracts from Panasonic, HP and Microsoft, etc., to staff retail stores and sell them on the merits of their products. Years before, while still in college, I was a District Manager with ActionLink so it was an industry I was deeply familiar with.
A few weeks later I was off to a hotel for a group interview process. I was asked prior to the interview to prepare two things: a five minute presentation to give in front of the group on any technology I’d like, and to create a blog on Windows Live Spaces. After being hired I was flown to Redmond, WA and trained on the latest Microsoft products at their campus.
I worked closely with the Apple representative at my Best Buy store; we tried never to step on each others toes and would hand off customers. I was a Microsoft representative, but I still owned at iPhone! I bought the 3Gs at launch with him. No one who worked as a Microsoft representative used a Windows Mobile phone, despite the fact we were issued them free as employees. We all liked our Blackberries or iPhones way too much!
After about a year of talking about why to buy a Mac with the Apple rep, I finally decided to take the plunge when the 13’’ Macbook Pro was introduced and the 13’’ Aluminum Macbook was coming off the display. A BestBuy manager offered it to me at a substantial discount. It quickly became my computer of choice, and after Microsoft laid me off I ended up selling my Windows laptop: I simply never used it anymore.
Why’d I switch? Because too many people I respect choose Mac over PC. Because I don’t have to dig around in Control Panel or waste time finding HKEY references in the registry. Because an Apple IIe was my first computer when I was three. Mostly of all, I chose Mac because it just…works!