Dropbox, My Files Anywhere I Need Them 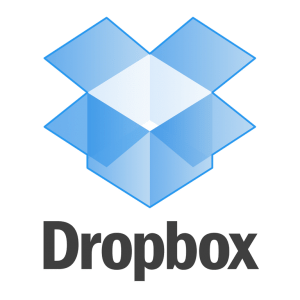 For a long time Dropbox was just an extra tool in my arsenal. I found out about it on Twitter many years ago and like any good geek girl, I signed up immediately. I dabbled a bit here and there with it but found it clunky for trying to share things out. I believe at that time you had to make a shared folder and then the other user had to sign up to access that folder. The good news about them signing up is that gave me another chunk of free storage when they used my special link. As years have gone by, things have gotten oh so much better at Dropbox. Not only does Dropbox make it super easy to share one off files to anyone, they also have their own backup where you can recover files. Even with these new improvements I wasn’t entirely sold on using it more.

Last October I was at an Apple Specialist conference and received an urgent email on my iPhone that one of our tech partners needed our vector logo ASAP. We had just sat down to breakfast and our room, where my computer was, was about a mile away. As I got a bit cranky thinking about making that trek back to the room I remembered that I had a few different logos on my Dropbox that I had recently shared with the hubs. I fired up my Dropbox app on my iPhone, scrolled through my items and there it was. I clicked on it, clicked on the share icon and selected to “copy link”. I then went back to my email reply, pasted the link in and sent it on its way! Breakfast was saved.

This really got me thinking. For the last 2 years I have had my data split between two machines. My everyday 13″ MacBook Pro with Retina display has a 256GB SSD in it which means I keep the bulk of my music and pictures on a personal iMac at home. Occasionally I like to work on the iMac with its larger screen, but sharing the work data back and forth had become annoying. In comes Dropbox. I decided to upgrade to Pro for $9.99 a month and then I uploaded all of my mac-fusion files that I use for marketing/social media. That worked out so well that I put other files up on Dropbox that I might need if I was away from my computer and needed to access it from my iPhone.

While I have been leery of trusting the Cloud in the past, the fact that this keeps a local folder that I back up to my three locations, as well as Dropbox having their own recovery tools, I’m not worried. I’m a big fan of “owning my own data” and refuse to trust anyone as the sole keeper of it. What about Photos you ask? Well, I don’t know if I want to put all of my photos out onto the cloud. I actually use Apple’s Photo Stream option which keeps the last 1,000 photos on your camera roll up in the cloud and accessible on all devices. This is really all I need as I’m usually after the last few pics I took on my iPhone for a social media post. Dropbox has photo capabilities as well. You can have all your devices upload to one place, you can share to social media from Dropbox and even make entire albums to share. This is a nice feature for sure.

Some of you may have gasped by now, “How dare you promote something other than iCloud!” I use iCloud all the time, for quite a bit of stuff. iCloud no longer has that storage container like it did in MobileMe with the iDisk. Maybe some day Apple will have a better offering than Dropbox and if they do I’ll be happy to give them my money. For now I’m happy with my syncing across devices, being able to keep backing it up all locally and the ability to share/look at documents from my iPhone. I type this as I am sitting at my iMac seamlessly working on two different computers to get all my work done. I think I might need a vacation.

Anyways, if you’re not using Dropbox, give them a try, after all it’s free for a 2GB account! http://ow.ly/sR0DM <-- non sponsored link, I've got enough storage. ;-)