App of the Week: Evernote 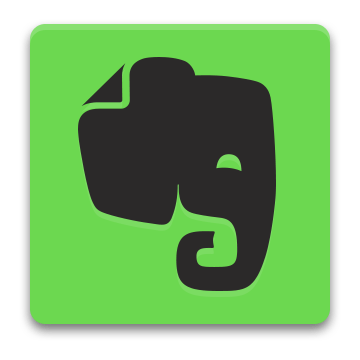 Think about the closets in your house: they’re excellent places to store all of your stuff, from clothing, to memorabilia, to the polished rock collection you started when you were a kid and quickly abandoned.  Now imagine that instead of having to dig through boxes upon boxes of stuff (seriously, whose stuff is this?) you could just tap a few keys on a keyboard and find exactly what you wanted.  Unfortunately, that kind of invention doesn’t yet exist in the physical world, but it definitely exists in the digital realm, and its name is Evernote.

Simply put, Evernote is a catch-all for just about anything you want to save.  You can type notes directly into the app, save web pages from the internet, create audio recordings if you’re sitting in a meeting, scan receipts and PDF’s, create reminders, and a lot more.  While you might think this would become overwhelming, I’ve found it to be quite the opposite.  In fact, the more you add to Evernote, the better it gets.

When it comes to adding stuff to Evernote, the process is both simple and flexible.  You can add notes directly to the app by opening it and clicking the “New Note” button in the toolbar or by clicking on the Evernote icon that lives in your menu bar.  There are also browser extensions available from Safari, Chrome, or Firefox so you can save a webpage with the click of a button.

Naturally, once you start accumulating all this stuff, you need to have good ways of organizing it, and Evernote has you covered there too.  The app groups items you save into Notebooks, which are basically the equivalent of folders on your computer, and you can have as many of them as you want.  While there is no “correct” way to organize your notebooks, I like to create one for each project I’m working on, or for a particular subject, like what to do with large numbers of polished rocks.

There are other ways to organize what you add to Evernote as well.  The app supports “tags,” which let you group specific types of notes without actually storing them all in the same notebook. For example, if you wanted to be able to quickly find all the notes pertaining to work but you also want to have them in separate notebooks based on different projects you’re working on, you could just give all those notes the tag of “work”. Then, when you do a search for “work,” Evernote pulls up all the notes with that tag.

And if you’re more of a pen-and-paper type of person, Evernote has some great options for importing notes from the physical world.  There is an app called Scannable that can use your device’s camera to quickly convert a document to a PDF.  They also make a scanner that ties in very nicely with the app.  As if that wasn’t enough, they’ve partnered up with Moleskine to make a beautiful notebook that’s specially designed to allow you to easily photograph the pages and import them to the app. You can even apply stickers that correspond to tags you’ve created and Evernote will automatically add those to the note when it’s imported.

Naturally, you would assume that an app that’s so well-designed and has so many features would cost you a decent chunk of change.  In this case, you’d be wrong. While there is a premium subscription that unlocks some useful features, the app itself is free to try on the Mac or iPad/iPhone, so you can put the money you get from selling your rock collection toward something else. Download links below: